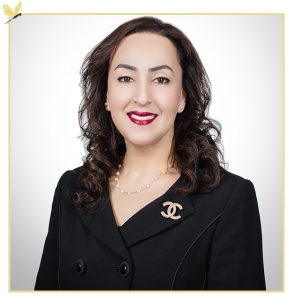 Vivian is a strategist, intra-preneur and business leader with a proven track record in successfully leading international teams. In her previous role as Executive Director of the Global Communications and Marketing Department at the Bahrain Economic Development Board (EDB), she oversaw the EDB’s local, regional and international communications, marketing, digital channels and promotions related activities and manages a global network of agencies. Vivian has contributed to attracting USD1.1b of investments to the Kingdom, and the creation of 5400 jobs in tourism, manufacturing, logistics, financial services and ICT sectors. Prior to that, Vivian was Executive Director for the Business Development Division, having originally founded the department dedicated to attracting investment in 2005. Over the course of ten years, she developed and led a team of professionals, in Bahrain and across a global network of EDB offices that acted as the first point of contact for foreign investors and provided support for them throughout their investment and set-up process. Through collaborating with the Ministry of Foreign Affairs, she created the blueprint for EDB’s international offices network – enabling cost-effective expansion globally. She also catalyzed over 30 bilateral business exchanges annually, while spearheading the economic induction program for Bahrain’s Diplomats.

Another of her key achievements is the development of an FDI incentives model, which formed the basis for Tamkeen’s FDI grants program today.

During this time, she contributed to the attraction of over USD 1 billion of investment and created approximately 5,000 jobs. Prior to her current role, Vivian worked on a number of economic reform related projects at the EDB, including activities linked to healthcare, ICT and tourism. She also previously worked as  Corporate Communications Director for TAIB Bank E.C and as a Business Development Manager for Stark Middle East.